Mmmm ... now you can enjoy the very essence of your favourite world cities in a few hundred beautiful words. 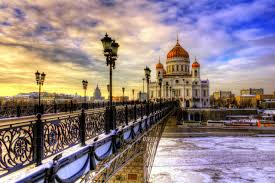 I've been having fun with the city-pick anthologies. These are collage or patchwork portraits of great cities put together from some of the best passages from hundreds of different writers. And now I've a done a kind of mini version of the same thing - scouring those same extracts for some of the most telling and evocative phrases and images, then shaping them into poems that try to 'bottle the essence' of each city in a few hundred telling words.

So, here's a 'poem portrait' of St Petersburg.

ST PETERSBURG
Floating, lyrical, miraculous Petersburg.
Beauty built on bones,
classical façades that cradled revolution,
summers that lie in the cup of winter.
The world's most gaunt and enigmatic city,
so magnificently, heart-rendingly beautiful.
Hugely grand - but dwarfed by sky and water.
Venice of the North. Second Paris.
But younger even than New York and Boston.
A city of tragic beauty, unique in the world,
seductive, charming, and a little eccentric.
A living museum but with an upbeat, forward-looking feel.
Salt wind from the sea, bright horizons, an elating melancholy.
Peter the Great, Catherine the Great, the Revolution, the Siege.
St Petersburg - Petrograd - Leningrad - St Petersburg.
A lot of history.

Invented and imposed upon Russia by Peter, his window on Europe.
The Peter and Paul Fortress, the Winter Palace,
The Bronze Horseman (Big Peter on his rearing horse, big as
bronze and Falconet could make him), the rostral columns and sphinxes,
genuflecting angels around the dome of St Isaac's,
golden spires, lions, griffins, hundreds of porticos,
thousands of columns, rearing horses ...
Palatial blocks built on wide streets and canals
under a huge sky.

In the rosy mirror of canals doze
upside-down trees, windows, columns.
Hydrofoils trail scarves of spray.
The Neva at sunset. Pink all over,
even the river, the snow, the buildings.
Along the canal, the globes of street-lamps
throw pale circles onto pastel walls.
Clouds, light, mist, embankments,
monuments, palaces, flowers.
Immensely wide squares.
Italian Baroque on the Neva -
a perfect marriage with
the pinks and blues and greens that
clothe it here in the pale Nordic light.
St Petersburg is more than photogenic -
it's cinemagenic. One of the most
beautiful cities in the world.
An enchantress.

​"Weather always funny in St Petersburg."
The seaweed-smelling head wind from the sea -
massive leaden wads of clouds rushing in from the Baltic.
September: dark nights, foggy days, heavy grey waves on the Neva.
October: twilight, slanting rain, a west wind drives
the waters of the Neva back from the sea.
November: ice floes frozen solid, trees etched in black ink.
The sky dark, a yellow tinge to the clouds.
The sepia gloom of an arctic afternoon.
Everything waiting, silent and expectant ...
Snow will come. Snow in the air,
buoyant motes like the toy flakes in a snow-globe.
Alabaster snow and the blue light of a full moon -
an unworldly glow. In the dead of winter the palaces and mansions
loom over the frozen canals in heavy snow trimmings and shawls.
Then the breaking of the ice and the start of spring.
Slush everywhere, and a raw, dirty wind off the Neva.
Rough, gusty, and lustrous mornings.
End of May - the White Nights arrive and the sun
leaves the sky for barely a couple of hours.
It's hard to fall asleep. People partying all night.
A sky that never darkens beyond deep, tender blue.
June: glorious blue sky, clouds sailing up from the bay, white and fleecy.
An awful lot of weather.

The mighty mass of St Isaac's Cathedral with the golden dome,
a great dark monster of rational baroque, huge sculptures and mosaics.
The ghostly colonnades of Our Lady of Kazan.
The Winter Palace - vast tour parties sweep past each other
up and down the staircases, along the thirteen miles of corridor.
1,050 rooms, 1,886 doors, 1,945 windows, 117 staircases.
The most precious collection of art in the entire world.
The Ambassadorial Staircase - marble stairs curved under
a filigree ceiling of white and gold.  The Jordan Staircase -
stone pillars rise into the painted sky with the gods of Olympus.
Gilded mouldings, abundance of mirrors and marble.
The Winter Palace.

St Petersburg.
A lot of history
under a huge sky.
An enchantress.
An awful lot of weather and
the Winter Palace.
Cradle of Russian poetry.